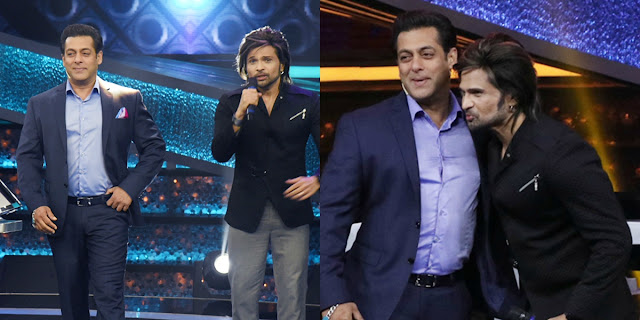 Himesh Reshammiya is promoting his upcoming film, Teraa Surroor which is set to hit the theaters on March 11, 2016. He has tried several facets in his career- music composing, singing, producing, acting. He was a well establish television producer when Salman Khan approached him to make music for his film 'Pyaar Kiya Toh Darna Kya'. Himesh is in debt of Salman for making his Bollywood career, [Salman Khan The Face of Bhagwan]. Must watch and share this video with your friends.