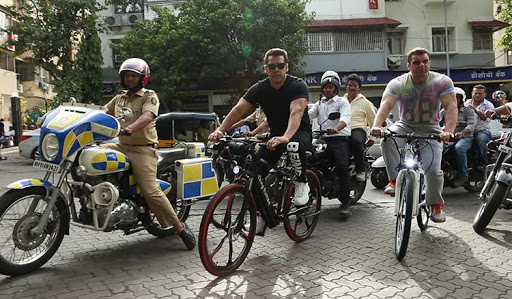 Salman Khan may be a busy man with his film schedules and other endorsement deals, but that doesn’t mean he slacks off when it comes to fitness.
Salman Khan and Sohail Khan riding to Mehboob Studio for the Being Human E-Cycles launch | Viral Bhayani You read that right. As it turns out, during the launch of the e-cycles, Salman Khan was asked about his take on growing road rage, and he not only spoke about the time that people used to race motorbikes at Bandra Reclamation in Mumbai, an activity that had him lose a friend, but also spoke about how people should keep their road rage and racing tendencies to the race tracks, and not use the regular roads and highways. So have a look and stay tuned.
By Rameez Ali Ansari at May 27, 2020